Welcome to “The Road of Life”

We’re thrilled to announce that it will be produced by the Musical Theatre Society of Emerson College, February, 12th, 13th, and 14th, 2016! (More information to follow.)

A Story of Love — and Hope

“The Road of Life” is a love story set against the epic sweep of the siege of Leningrad during WWII, when the Nazis surrounded the city for 900 days and refused to let food or medical supplies in – or people out.

The siege was the deadliest blockade in human history, and though our musical is set in a particular time in history, we feel it speaks on a universal level.  (Read more here about the siege.)

There are so many countries in our own time that are torn apart – both by forces from within and without.

The main characters in “The Road of Life” are Sveta, a young female poet; Seroza, the Russian soldier who loves her; and Gunther, the Nazi soldier who is assigned to capture and kill Sveta but instead finds himself falling in love with her.

The lead character of our musical is loosely based on a truly extraordinary historical figure,  Olga Berggolts, a poet whose radio broadcasts during the siege inspired an entire city to have the will to survive.

In “The Road of Life,” our character of Sveta finds her own voice to give hope and courage to the people of Leningrad, helping them to live against impossible odds.

What People Are Saying About “The Road of Life”

“’The Road of Life’ is a marvelously uplifting tale…and the songs are beautiful. This is a musical that should be produced on Broadway.”
— Tony Award-Winning Producer/Director David Black

For an interview with the creators of “The Road of Life,”
please email Mark Chimsky at
markchimsky[at]yahoo[dot]com or call him at (207) 632-8418. 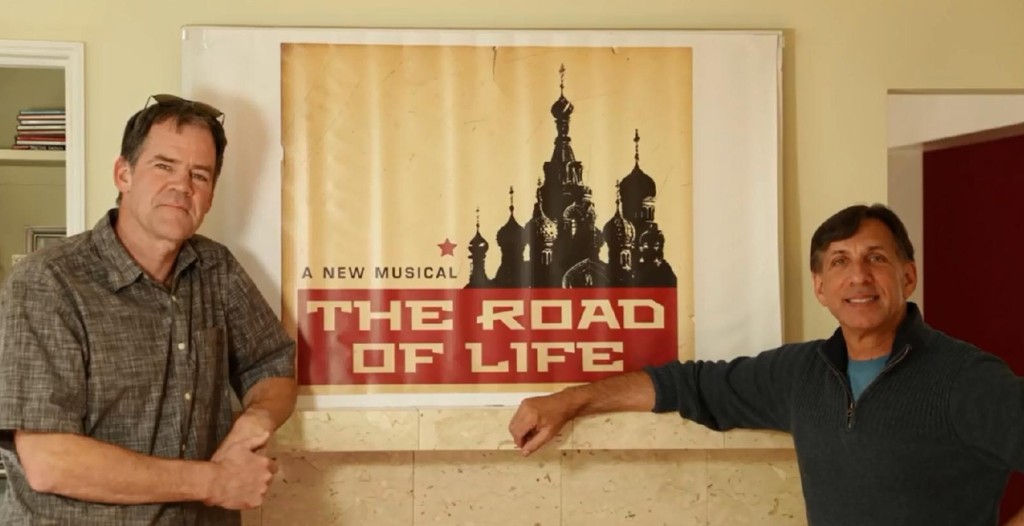 “The Road of Life”: Sampling of Songs

We'd like to invite you to listen to a sampling of songs from "The Road of Life" — a story of hope and the transcendent power of love.


"Where Are the Words?"
"The Road of Life (A Miracle in the Making)"
"Closer Than You Know"
"Never Enough Time"
"Love Will Still Live On"
WP-Backgrounds Lite by InoPlugs Web Design and Juwelier Schönmann 1010 Wien