It was the deadliest blockade in human history.  Beginning in September 1941 and lasting for almost 900 days, Nazi forces surrounded the city of Leningrad, trapping the people and making it difficult for food and medical supplies to be brought in from the outside.

People subsisted on rations of only 125 grams of bread a day.  In all, more than 1 million people died.

The Russian army and the people of Leningrad defended the city and ultimately triumphed, though the prolonged fighting took an enormous toll. 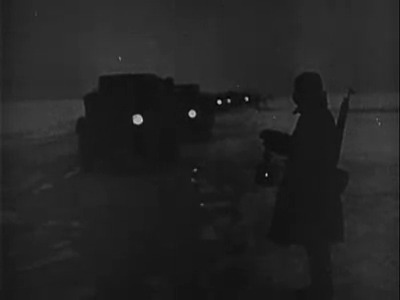 Click  image to view this remarkable U.S. military documentary, filmed by famous director Frank Capra (“It’s a Wonderful Life”).
It is a powerful up-close look at the siege of Leningrad and the creation of the ice road, known as “the Road of Life.” 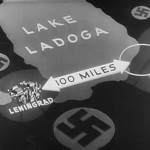 In the midst of the overwhelming devastation, there was a miracle: the only part of Leningrad not blockaded by the Nazis was Lake Ladoga, the largest lake in Europe, and in the harsh winter of 1942, it froze deep enough for the people to turn into an ice road.

Convoy trucks were used to transport food and other vital supplies into Leningrad and to evacuate people to freedom, though the journey across the lake’s 136 miles of ice was often perilous.

Despite constant bombing by the Nazis, the ice road was not destroyed.  To the people of Leningrad, it became known as “the Road of Life.” 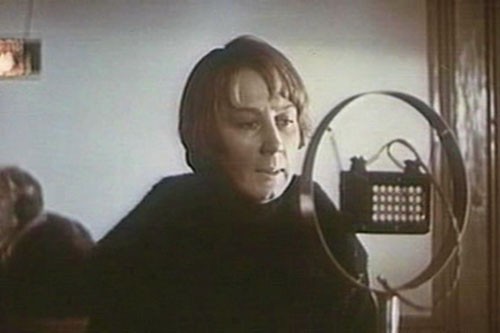 Here’s a still from the Russian movie, Day Stars, based on Olga’s memoir.

The central character of “The Road of Life” — the young female poet Sveta — was loosely inspired by a real-life historical figure, Olga Berggolts, a poet whose radio broadcasts captivated the people of Leningrad during the siege and gave them the strength to endure the devastation of the blockade.  Though she was celebrated in Russia and survived the siege, her poems have only appeared in English translation in a few anthologies and academic works.  None of her major books, including her memoir Day Stars, are available in translation in the United States.  I was able to purchase a rare recording of Olga (in her later years) reciting her poems in Russian and her voice has stayed with me…

To hear Olga read one of her poems click here.

Dimitri Shostakovich’s monumental Symphony no. 7 – known as the Leningrad Symphony – was first performed on the afternoon of August 9, 1942.  Conductor Karl Eliasberg’s Leningrad Philharmonia had been decimated by the war so he had to recruit musicians from regimental and jazz bands to fill out his orchestra.  Many were frail and weak from malnutrition.  The music hall was filled to bursting as people arrived in their finest clothes, which were now too big for their emaciated bodies.  But under Eliasberg’s discipline, the orchestra delivered Shostakovich’s stirring symphony.

“The finale was so loud and mighty I thought we’d reached a limit and the whole thing would collapse and fall apart.  Only then did I realize what we were doing and heard the grand beauty of the symphony. When the piece ended there was not a sound in the hall – silence.  Then someone clapped at the back, and then another, and then thunder…Afterwards, we held each other, kissed and were happy.”

Here is Thierry Fischer conducting the BBC National Galles Orchestra as they play the Leningrad Symphony:

An exhibition features an actual sled from Leningrad during the siege —
it’s heartbreaking how a child’s sled was used for a very different kind
of transport during the war.  Thanks to Pat Lavaway for this incredible photo. 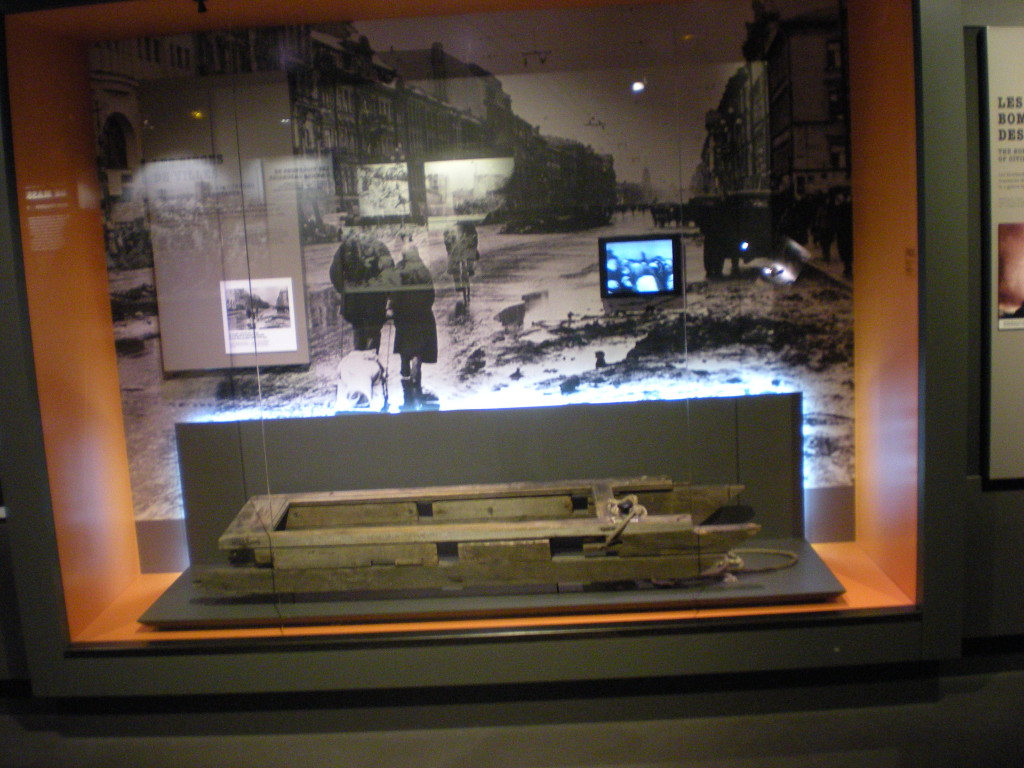