Read Curtain Up on One Man’s Second Act, as featured in Next Avenue.
By Mark Chimsky | March 25, 2016

Read My Second Act, Writing My First Musical, as featured in Next Avenue.

Excerpt as featured in The Westerly Sun:
Westerly: Musical’s first stop on road to Broadway by Nancy Burns-Fusaro 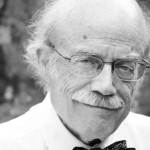 David Jepson, the Granite’s artistic director, and David Black, the artist, writer and producer, will co-produce the reading as part of the Guest Artists Series at the Granite.

“I don’t think there are any shows that have tried out for Broadway in Westerly,” said Black, who has also produced such musicals as “George M!” with Joel Grey and Bernadette Peters, and “A Funny Thing Happened on the Way to the Forum,” with Phil Silvers. “This is kind of wonderful thing.”

Black said he hopes to have a month’s trial with the musical at a local theater before taking the musical to Broadway.

“As featured in Bob Schwartz’s blog”

Some of our greatest and most popular musicals have been set against the background of darkest history.

Les Miserables. Miss Saigon. Fiddler on the Roof. Cabaret. In the context of adversity, shining stories of love and human spirit stand out starkly, movingly—and musically….

The team of Jay Jacques and Mark Chimsky have created a bold and uplifting new musical intertwining this big history with the individual lives, loves, and losses that are its true components…

As featured in The Peavey:
Literary News: Local and National

As featured in ILovePortlandMaine.com:
The road to “The Road of Life.”  by Kyle Poissonnier 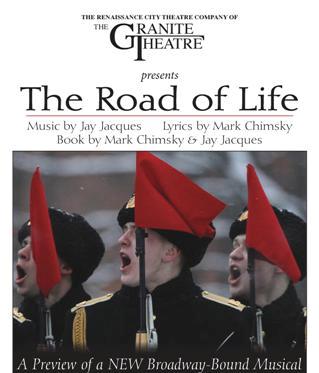